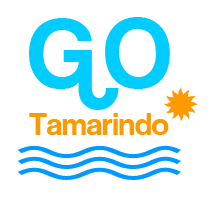 Tamarindo Costa Rica is the perfect holiday destination in 2014. Tamarindo is a coastal town located on the Pacific side of Costa Rica, in the province of Guanacaste. Guanacaste is famous for its many surf spots, tourist hangouts and focus eco-tourism. Tamarindo is one of the major places for tourist to go on the Nicoya Peninsula.

A little more than 30 years ago Tamarindo was home to around two-dozen Tico families. Then the classic surf film Endless Summer II put the town on the map, and it quickly burgeoned into a veritable southern California.

Going to Tamarindo means you want to relax on the beach, get spoiled in luxurious hotels, learn how to surf the perfect wave, party all night long with strangers and eat in the finest restaurants. It is one the few places in Costa Rica that did not lost its charm because of tourism. And if you’re on a budget don’t worry this place is booming of backpackers and cheap hostels! Finding an easy delicious cheap meal isn’t that hard either, or visit one of the many supermarkets to make your own diner!

Pura Vida as the locals say about the “pure life” in Costa Rica! 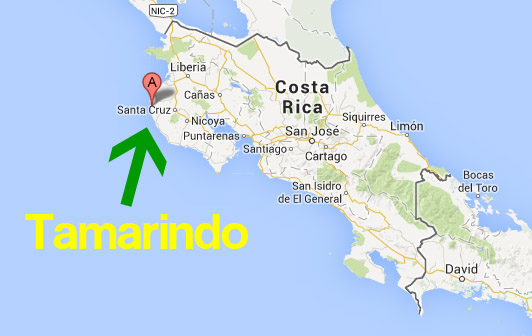 On go-tamarindo.com we provide information about the beaches or playa’s surrounding Tamarindo. Next to that we show you the best places to stay, luxurious and on budget for backpackers. You can also book hotels and hostels on our website as we’re a partner of Booking.com. But wait there is more! Learning how to surf in one of the many surf camps and where to party all night long. The listing of the best restaurants and bars in Tamarindo will guarantee a perfect vacation. The information is collect by own experiences and reviews from other people.

The most common way to travel to Tamarindo is by bus. You can take multiple busses from San José or Liberia that will bring you there within the day. From Liberia the bus departs 13 times a day from 04:30a.m. – 6:30 p.m., this trip will cost you around 2,5 hours and around ₡1200. From San José the busses depart almost for Liberia 24/7 but direct busses will bring you to Tamarindo within 6-7 hours and for ₡5000. You can also fly on Liberia from San José or visa versa.